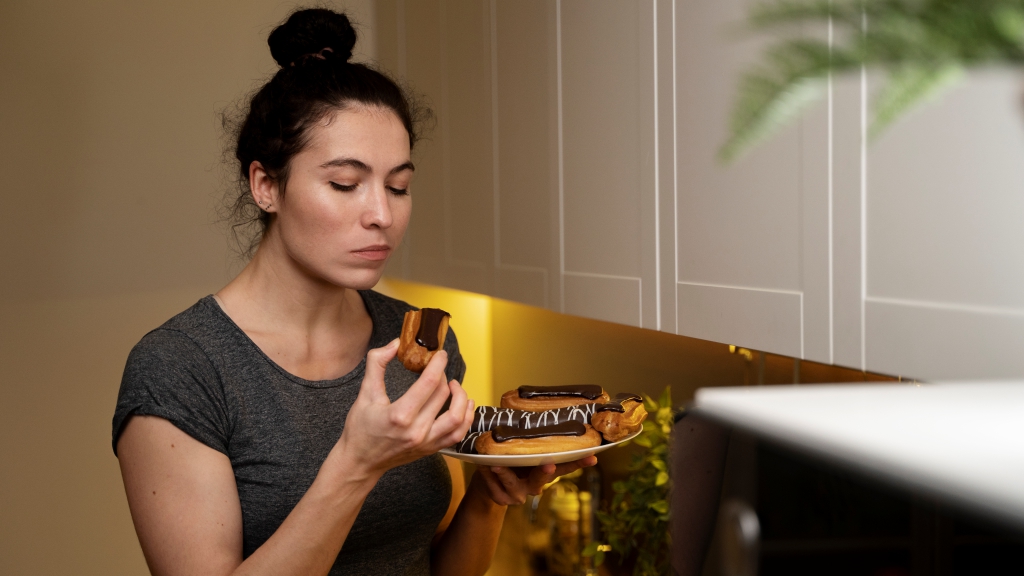 Any of the following symptoms could indicate an eating disorder:

What common forms of eating problems are there?

There are numerous varieties of eating disorders, such as:

Nearly half of all eating disorders cases involve BED. People with this disorder frequently eat a lot of food, even when they are not hungry (this behaviour is referred to as “bingeing”). Following binges, they frequently experience shame and guilt, but unlike those who have bulimia nervosa (see the part after this one), they do not expel their food. In order to cope with the feelings that follow a binge, people with binge eating disorders frequently fast or follow diets.

People with this disease frequently binge eat, frequently in private, and then purge the food by vomiting, using laxatives, or taking diet tablets (known as “purging”). Bulimics frequently feel out of control. Bulimia nervosa affects roughly 1 in 10 people with eating disorders.

Anorexia nervosa affects less than one in a hundred persons. People who have this syndrome may be extremely underweight, obsessive over food, and afraid of gaining weight. They frequently perceive themselves as being obese and have erroneous body images. Extreme guidelines and limitations on their meals and exercise routines may be established by individuals with anorexia nervosa.

What signs or symptoms indicate an eating disorder?

Since they may attempt to conceal it out of shame or guilt, it is not always simple to determine if someone has an eating issue. But some of the actions linked to eating disorders are as follows:

Binge eating: This includes keeping excessive quantities of food in the kitchen or hoarding food.

Purging: getting rid of food from the body by vomiting or using laxatives. Those who purge frequently visit the restroom during or after meals.

Excessive exercise can take many different forms. A person may refuse to change their exercise programme for any reason, insist on performing a set number of repetitious exercises, or feel upset if they are unable to exercise.

Social withdrawal: the person may stay away from social gatherings and eating-related settings, or they may prefer to eat by themselves.

Body image: The subject could be preoccupied with weight and body type.

Change in clothing style: Modification in the person’s wardrobe, such as the onset of baggy apparel.

Additionally, there are physical indicators of an eating disorder, such as:

The following are a few emotional indicators of an eating disorder:

Regular sessions with a psychologist, psychiatrist, or other mental health counsellor in Indore are required for this. Counsellors assist those with eating issues using a variety of techniques. Cognitive behavioural therapy (CBT) is a popular approach that enables patients to recognise and alter the ideas, feelings, and behaviours connected to their eating disorder. Consult a psychiatrist for eating disorder treatment in Indore.